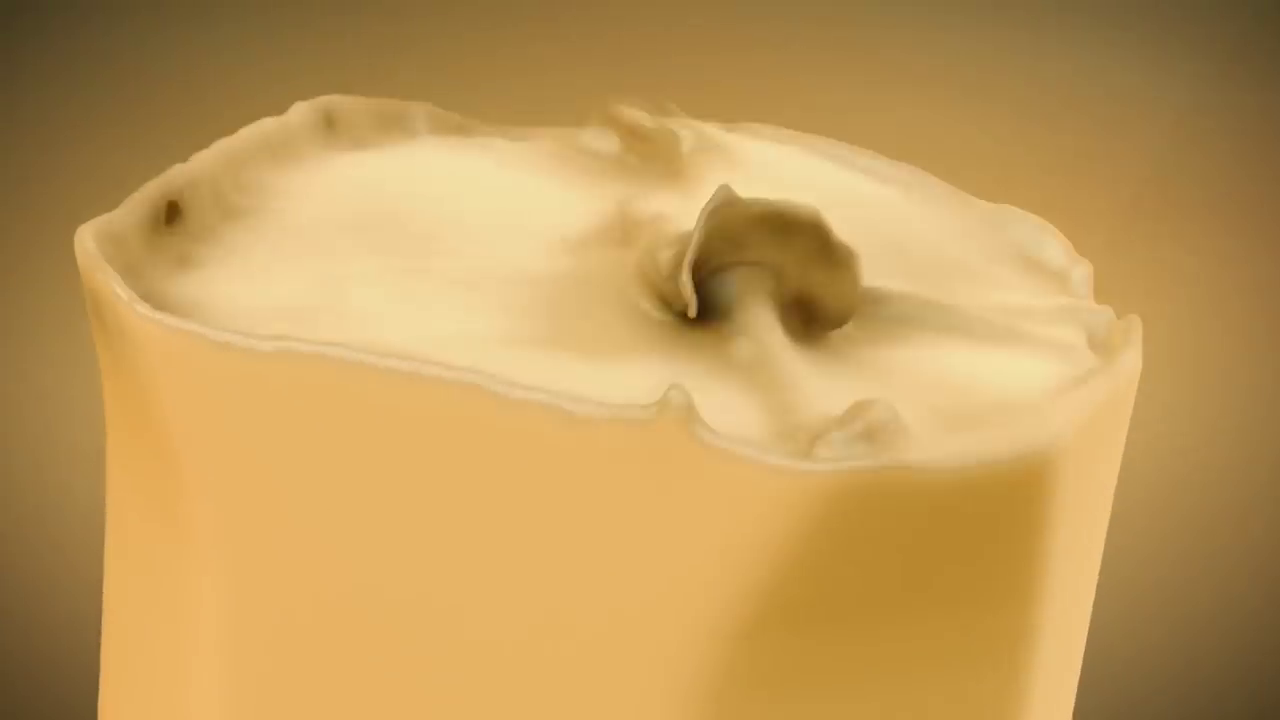 So, at the beginning of the advert, a guy walks up to his friends and chats with them, shortly after, a lady brings out her phone and shows all of them a picture of Hollandia Choco Malt. In the next scene, some guys are playing the basketball, but one of them takes the lead.(Didn’t see any Hollandia Choco malt in this scene though)

Next scene, a lady is seen watching the last clip of her meeting with colleagues on her laptop where they all had Hollandia Choco Malt on their table. She has one on her table as well. Next is the salon scene where a customer has the Hollandia Choco Malt placed in front of her.

Then the dance scene! (Eyes rolling)

The basic message in this advert is that Hollandia Choco Malt can be taken anytime, any day and anywhere. Hence the reason for the word “sharp sharp”
So, you can take it while working, playing, conversing and so on.

However, in as much as I love the young, cute faces used in the advert, they were all acting childish. Infact, everything about the advert looked childish, from the choreography, to the soundtrack down to those that featured in the advert. There is a difference between childish and childlike; if they had done the latter that would have been preferable.

Hollandia drink is not a baby’s drink, it is also taken by adults. If they wanted an advert with baby behaviours, they should have gone for younger kids. Those teens are supposed to be in their University perhaps they are still secondary kids; notwithstanding they were acting like babies.

JUST WONDERING
1. Why they were dancing like people that had not eaten; basically, there was no energy in their dance. Their expression was baby like.

2. The advert song sounds childish
3. I wonder why this picture is blurred

I thought they were supposed to be University students not because the advert was shot at the University of Lagos. This advert could have been better if those featured in the advert put in more energy. Also, the advert song looks like those songs that people usually sing for babies 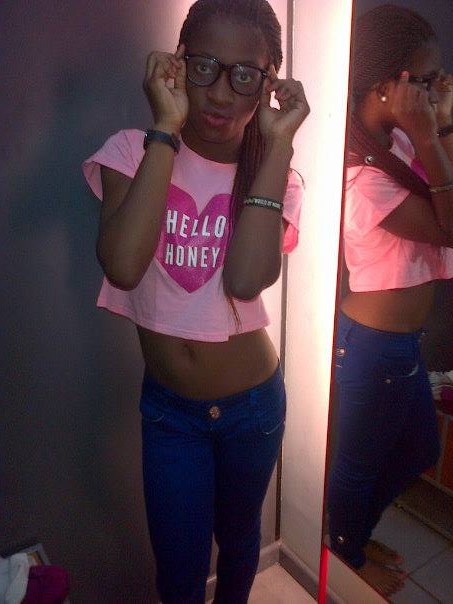 “Gentle as a lamb” is what best qualifies the personality of pretty model- Oluchi Phillipa Ubozoh, however, don’t you dare take her gentleness for stupidity.

The sociable Imo state indigen is currently studying Plant Biology & Biotechnology at the University of Benin. She is action-oriented which is synonymous with those with the zodiac sign- LEO. She was born July 23rd. She is fondly called “Luchy”.

The bundle of talent acts, sings and dances as well. One certain skill you can’t compete with Luchy is her skilful use of the skipping rope. She has various tactics of skipping aside the usual front and back styles. She is a movie junkie. She loves to visit new places and meet new people. Her kind of person can’t be regarded as gruff as a bear; certainly not her.

However, there is more to Luchy than just being sociable. She is a terrific reader as well. She is a curious and fast learner.

Luchy is one student that loves to work while schooling in order to make extra cash for herself. She has featured and danced in a lot of music videos. The model has also appeared in TV series like Jenifa’s Diary and Mtv Shuga. She is one personality you would surely savour watching on your screen. She is currently developing her web company

One thing people don’t know about Luchy: She is self motivated

Music: Hip-hop and Blues… Then Afrobeat as well

Best Place: That would be anywhere that makes me feel good, peaceful and safe

Wishes for Nigeria: To become the great country it is meant to be, and that means the country must fully utilize the great resources at its disposal as well as come out from the clutches of corruption we currently find ourselves in.

President for one day: I will first of all make sure able-bodied, intelligent youths are put in power; youths have the strength and zeal. Then I would focus on putting more favorable policies not just for the elite but also for the masses in the Agricultural, Educational and Economical sectors because these sectors propel the country forward.

Do you have an Hausa friend or customer, and you feel like surprising them by speaking their language? Ogefash’s blog has got you covered. Put down a word, and we will translate it in Hausa for you. Today’s words…
ENG/HAUSA: WOMEN/MATA; MEN/MAZA 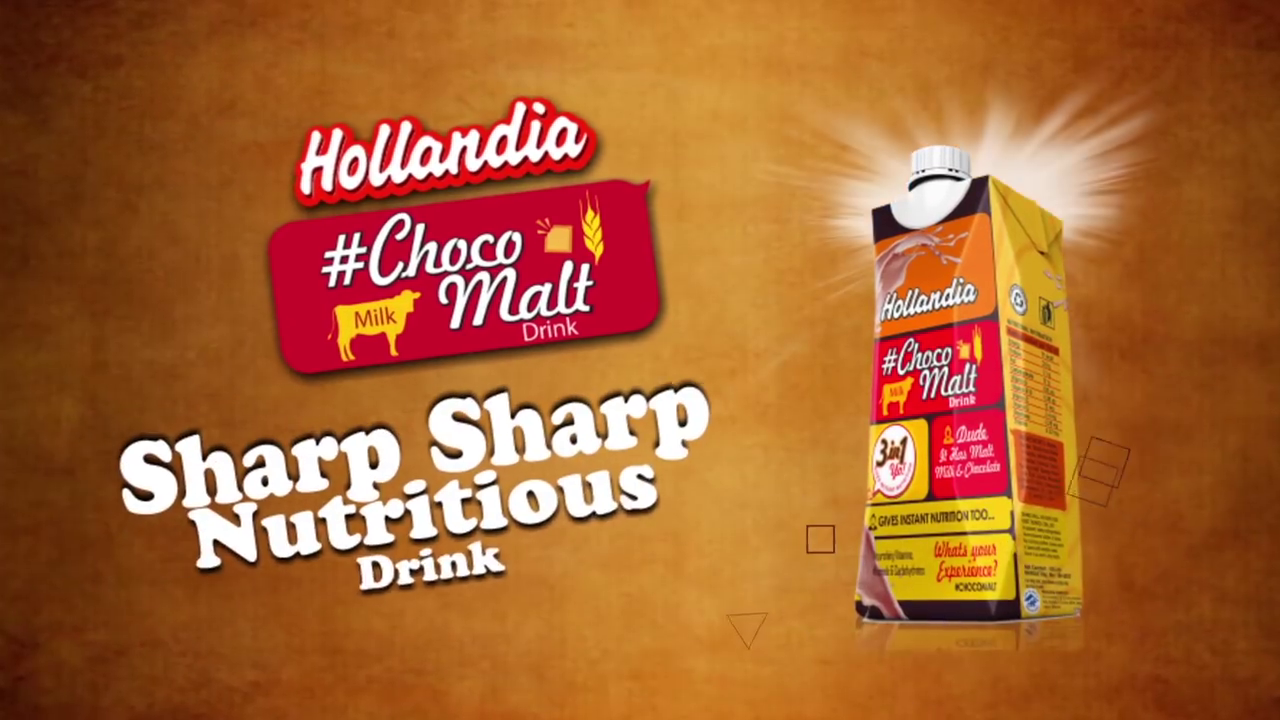 IT IS ADVERT FRIDAY ON “OGEFASH” BLOG. TODAY, THE ADVERT ON OUR CATALOGUE IS HOLANDIA’S “CHOCO MALT” ADVERT. STAY WITH US…

HERE ARE THE EVICTED HOUSEMATES FROM BBNAIJA SEASON 5!

I FORESEE BBNAIJA DORATHY HAVING 10 MILLION FOLLOWERS BEFORE THE SHOW ENDS! HERE IS WHY…

MEET THE BBNAIJA HOUSEMATES WITH THE HIGHEST NO OF INSTAGRAM FOLLOWERS! + THE NO OF FOLLOWERS THEY EACH HAVE…

It’s day 13 of the Big Brother Naija (BBN) Reality show on our television screens, and

KINDLY DONATE WITH PAYPAL OR GTB

Dear esteemed readers, Ogefash Blog deeply appreciates you; readership, followership and honest views. You are the reason we exist. Your pleasure is our delight. We have been able to come this far because of you! Phew! Ogefash Blog’s goal is to give you the best. However, the blog may hit a brickwall due to the upward review of the blog payment. At this juncture, we kindly solicit your donation. Thank you very much for always being there for us. We love you#Always!

OGEFASH’S STYL MEDIA HOUSE; YOU CAN ALSO CLICK THE BUTTON TO LIKE OUR FB PAGE. THANKSS! LOVE U #ALWAYS

OGEFASH’S STYL MEDIA HOUSE; YOU CAN ALSO CLICK THE BUTTON TO LIKE OUR FB PAGE. THANKSS! LOVE U #ALWAYS

WHAT OGEFASH STYL MEDIA IS INTO:

We push creativity into the limelight!

Kindly click the subscription button to be the first to receive our latest posts, thanks..

COMEDIAN- ALI BABA IS OGEFASH BLOG CELEBRITY FOCUS FOR THE MONTH OF JUNE.

“YOUR SEASON” BY SINACH

Born in the 80’s, Ogefash picked up writing early in her secondary school days at International School, University of Lagos (Unilag). She took it professionally after her university days at the University of Lagos where she graduated from the Department of Mass Communication. She is a writer of several short stories some of which have been published in the magazines. Some of her popular stories are: A Night to Remember, The Special Gift, Haunted, Preparing Ahead of Time amongst others. Her novel "Looming Danger" published in December 2015, was highly recommended by people. She has worked with several media outlets some of which are Spur Magazine and Upcoming Magazine. She is an educationist. With her love for children, she took up the task of supervising and taking care of children at the After School Department of Heritage School before her resignation. Her unique strory telling and song teaching skills endeared her more to the kids she worked with. Ogefash is a goal getter, a pace setter and always strives for excellence. She likes to impact and solve problems in a creative way regardless how challenging they may be. She has in-depth knowledge in reporting, editing, social media and other media related works. She is a seasoned writer and very passionate about her work. Interestingly, her blog is the first in Nigeria to start reviewing Nigerian and foreign movies and also write the movies' plots scene by scene. Ogefash blog is also the first to translate songs, interprete and give a full detailed analysis about music and artistes in Nigeria, Africa and America before other blogs started emulating her style. While other blogs provided just music lyrics alone, we took it higher by not only providing lyrics, but translating, interpreting and analyzing as well. It is also the first blog to give detailed analysis of adverts. Interestingly, Ogefash blog also known as Ogefash Photo Blog is the first blog all over the world to blog with lots of interesting pictures to support all articles. Ogefash says "I don't keep male friends because they always say "sex" is part of friendship. I don't keep female friends because they are always bitchy. I only keep people I can call more than a friend!" Ogefash has an affinity for TV reality shows. In 2018, she represented Nigeria in the PanAfrican TV reality game show "The Maltavator Challenge" powered by Nigeria's number one malt drink packed full of energy giving vitamins B1, B2, B3 and B6;Malta Guinness. The show brought together four African countries Nigeria, Ghana, Ethiopia and Coted'ivoire who competed for the grand prize of 20,000 dollars. Undaunted by any task in her field, Ogefash is highly energetic and creative. She is a rare gem and a gift to this generation.

The Unauthorized use and/or duplication of Ogefash Blog materials without express and written permission from this site’s author and/or owner is strictly prohibited. Excerpts and links may be used, provided that full and clear credit is given to Ogefash Blog and www.ogefash.reviews with appropriate and specific direction to the original content. Thanks!

Dear esteemed readers, Ogefash Blog deeply appreciates you; readership, followership and honest views. You are the reason we exist. Your pleasure is our delight. Ogefash Photo blog currently needs financial support from you all to sustain the blog. You can also support us via adverts or sponsoring the blog’s seven columns. Every dollar donated would be greatly appreciated. To support our effort, kindly click the link below or support through our GTB account ( GTB ACCOUNT:0012696294- GTB NAME: OGE NWABUEZE). Paypal: nwabuezeoge@gmail.com Paypal: ogefash@gmail.com Paypal: nwabuezeoge@gmail.com .Your donations would be highly appreciated. Thank you very much for always being there for us. We love you#Always! GTB ACCOUNT:0012696294- GTB NAME: OGE NWABUEZE